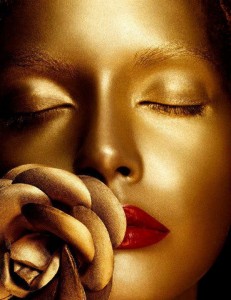 Vitalia Consulting (VC) is not a conventional management consulting firm, and we don’t intend to become one. Our client-consultant role is to inspire forward-thinking solutions and actions. “Solution-Recognition” is an important tool in the process of searching for (and finding) the best innovative ideas.

“We need more ideas” is a phrase we hear almost every day.  Innovation isn’t constrained by the absence of ideas, but the inability to notice the good-to-great ideas right in front of you. It’s not an idea problem; it’s a Solution-Recognition dilemma.

Ideas are free. So, why not take advantage of such a great value? Whatever happened to “Brain-Storming” where no idea was pre-judged as a bad idea, no matter how absurd the idea initially appeared to be? While Brain-storming has morphed into Ideation, White-boarding, Iterative Process, Blue Sky Thinking, etc., it’s rarely used the way it was originally intended. “Thinking Outside the Box” has been so overused and abused, it’s become a gag in bad commercials.

Once upon a time (1984-1987) while working with Vici Associates International (based in Milan, Italy) we used the creative-strategic process “ProThink” to stimulate innovative and pragmatic solutions for our client-companies. Guess What? The concept still works! Unfortunately, most companies (then and now) fail to consistently capitalize on Solution-Recognition, and make it an integral part of organizational culture. In my experience, it requires not only a mind-shift but also (and more importantly) a behavioral, cultural transformation.

In the digital speed of social media: Golden Opportunities are lost amidst the chatter. Great moments of brilliance never return to our work/lives.

People tend to think of creativity as flashes of light from the heavens, anointing the next demi-god of genius. In business world reality, new insights and ideas come from hard work. While analytic data can identify real opportunities, these insights must then be transformed into practical, viable ideas. Cogito Ergo Zoom (I Think. Therefore, I go fast.) is the wrong-headed mentality for Solution-Recognition to work.

Research has found that those managers/leaders exposed to a small amount of uncertainty said they value creativity, but actually tended to favor practical word pairings over creative word pairings. If such a negative bias against creativity exists in times of uncertainty, it might explain why so many notable innovations (in business history) were initially rejected. Is this happening in your business?

The implications are particularly relevant now, as few leaders/managers would claim that they’re not working in an uncertain industry. The same uncertainty that propels the need for companies to innovate may also be compelling leaders/managers to reject discoveries that could help them gain a competitive edge.

The innovative ideas that would keep your company alive (and sustain growth) are being killed in the embryonic stage of development, or even at conception.

One possible solution to this “idea killing” is to change the structural system ideas must move through for acceptance and execution. Instead of using the traditional hierarchy to find and approve ideas, this process could be spread across the whole organization. Given a higher priority than immediate revenue, the idea market can create an organizational culture where new ideas are recognized and approved throughout the entire company, a democratization of recognition. What do You Think?

Solution-Recognition becomes an organizational “way of life” based on the assumption that everyone is capable of producing great ideas.

In essence, without Solution-Recognition, “putting the cart before the horse.” Your Management/Leadership habits become either an albatross or a catalyst for growth. The problem lies in Management/Leadership failure to (adapt and change) genuinely listen to the concerns, problems, situations the Sales Team is facing in the field. Genuinely listening to the Sales Team would engender coaching opportunities, and collaborative solutions for the true underlying problems. 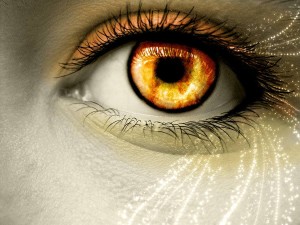 Enlightened Management/Leadership embraces Solution-Recognition. Remember, You are defined by what You do.

Example: Enlightened Leaders get out of the office more often. These “empathic outings” are purposeful field trips, a way to effectively connect with employees, customers, vendors, alliance partners, and others key to the success of your business. This also makes an enormous difference in gaining commitment to shifts in business and organizational behavior, and solving related issues. The purpose of these meetings is not just for gathering information, but more crucially to discover, uncover crucial patterns of what’s working and not working in your business, misalignments in your business and organizational vision/strategies.

The Message: Reject Solution-Recognition at your peril, and suffer the grapes of wrath. Vitalia Consulting (VC) is not a conventional management consulting firm, and we don’t intend to become one. Our client-consultant role is to inspire forward-thinking solutions and actions. Solution-Recognition is an essential tool for every successful business.

Partner with Us. Let’s start with a conversation. 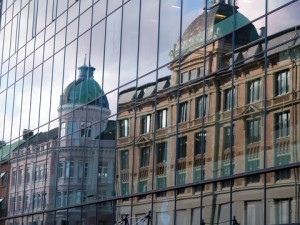 Have you ever noticed how some things we learned long ago and far away, things that were once upon a time valued in business/life, and our pluralistic culture, have been pushed to the wayside, and mostly forgotten like yesterday’s news?

It can evoke questions: What was the point of learning these things in the first place? What was the purpose of the lessons taught to us, the life lessons learned? To what end? Were these just mad theories espoused by respectable gurus of the day? A backwards tape with forward thinking, not meaningful in the long run? Some things change for the better, some things remain the same. Were you just living in an eighties daze? Still have classic business suits with classic concepts in your pockets? Are you no longer the youngest one in the room? You know, the one with all the answers. Ah well, and so it goes.

When I was a small boy (maybe 9 or maybe 6) I was sitting with my Father on the east riverbank across from our metropolitan city, our cosmopolitan city.

Being among the working-class poor, we could only own parts of the city in our torn and tattered daydreams. In our shared reality, we didn’t own much of anything, except in imagination. In our mind’s eye, we could be anything, anywhere.

It was twilight. Even though we could feel the world changing rapidly all around us, there was no sense of urgency in my Father’s voice, only gentleness. My Father asked me, “What do you see, what do you hear as you look at the city from this distance?” I didn’t understand what he meant in the moment, or what he was really asking me, but I answered anyway (because that’s what children do). I knew so little about the ways of the world. Even as mature human beings, we tend to tout and lean on only the things we do know. We’re taught to make sure the world knows what we know. And, may the Gods help us if we don’t know the answer. After all, you’re suppose to be the expert, aren’t you?

So even then, in the moment, I thought, “What difference will my answers make to these questions, to our lot in life – surrounded on three sides by factories, and a flood plain on the fourth side? After all, wasn’t everything glorious built from greed and gold? With the victors come the spoils. The steeples are dwarfed by financial towers. Architectural brilliance replaced by concrete boxes in neat little rows. Woe to the man who is different. He shall be mocked, he shall be scourged.”

Still, I remember seeing towering blue glass and silvery steel structures which outlined the skyline darkening our city like a scene from a Batman Movie, complete with a massive power plant down river from us. There were the thickest and tallest smokestacks I had ever seen, filling me with trepidation (despite the fact that I grew-up in the waning days of the industrial age, surrounded by hulking, dilapidated factories that would spew filth, scum particles raining down on us, night and day). I remember walking with my younger sister to our Catholic School, pausing on the street corner, and laughing out-loud because we could feel the pollution tickling our faces like a snow scene from the movie “White Christmas.”

In a few brief years, these same factories would be silenced by the death of industrial manufacturing. I could see aged, arched train bridges with coal black engines steaming in the shadows. Surveying our city more closely I saw a few dimly-lit windows, must have been the men my Father had warned me about: the men with white shirts and ties, smiling with bullet teeth, killing with their smiles, burning the midnight oil (these same men who I’d be competing with in a few years) and fragmented lights glimmering off the water from after business hour offices. There were the bright neon nightclubs along the old gaslight district. Streaming taillights on the outer expressway circled and strangled our city like a noose. Hearing the white noise of traffic and exhaust pipes, I could see the silhouettes of men moving, long trucks resting on the riverfront cobblestones. Remembering routine front page photographs of bodies washed onto the waterfront, could these be the same mafioso guys from our neighborhood?”

My Father then told me about what he had seen and heard looking at his village from across his childhood river. “We dreamers are not alone in this world. I saw dreamers, like you and me, dreamers who do, dreamers who built great church steeples rising to the heavens, grand works of timeless architecture, beautiful bridges that would stand the test of Fascist and Nazi attacks, the sounds of simple conversations and endless laughter streaming from the bistros, vitriolic words exchanged amidst uncontrollable political, social, and cultural differences. The marching of what appeared to be toy soldiers from so far away, the heavy movement of tanks on stone roads, a rumbling blur in a smokey haze, flags unfurled identifying friend or foe. The romantic, shimmering splendor of an empire’s last days.”

He went on to tell me, “Someday, everything you now know, you see and hear, will live only in your memories.” It’s becoming true, you know. Sitting on the same riverbank today, I’d see and hear things differently.

When you look at the world around you, what do you see? What do you hear? Listening and Observation require a quiet inner calm. Do you have what it takes? Remember this: What you’ve been told are the “soft skills” are actually the hard skills that you must master to be a truly successful leader in a global society.

We’ve explored what role “feelings” plays in Thought Leadership writings focused more on Emotional Intelligence, and the importance of developing High EQ: “What Do You Feel?”

Give me a team of learners, not know-it-alls, any day. The first step to enlightened leadership is becoming genuinely open-minded and self-aware, to admit our ignorance. Then, fling open the doors of perception to the importance of listening and observing.

The beginning is always today. Let’s continue the conversation.